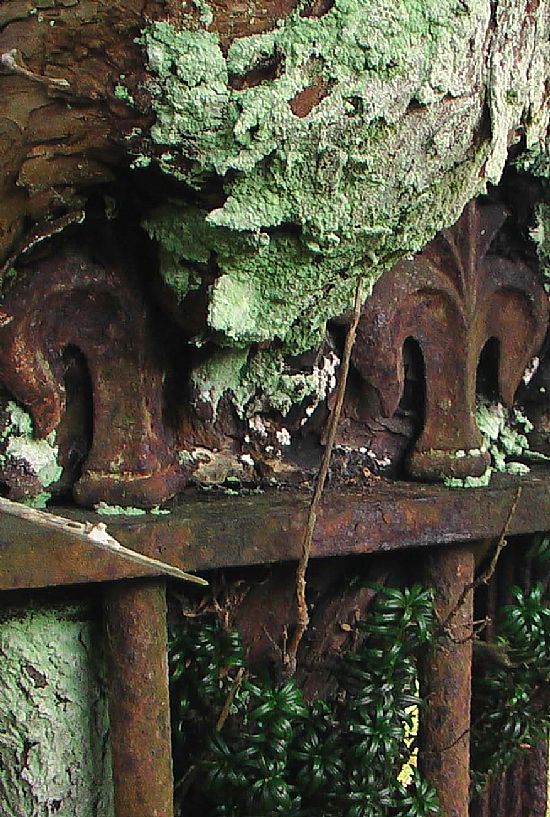 Yew is the last letter in the Gaelic tree alphabet, standing for I - iogh in old Gaelic and iubhar in modern Gaelic. It is a dark evergreen tree with needles but not cones. The flesh of its red berries are the only part of the tree that are not toxic, including its seeds, and perhaps this, and its dense shade, are why it has such a strong association with death. Yew trees grow to extraordinary age, and are the oldest organisms in the British Isles. Many of them are at burial and other sacred sites, and many churchyard yews date to well before Christianity.

The last letter in the Gaelic tree alphabet is yew standing for I - iogh in old Gaelic and iubhar in modern Gaelic.

The Gaelic for yew, Iubhar, comes from an old word iùi, meaning arrow.

The Latin for yew is Taxus baccata.

Here's Wordsworth's Lines Left Upon a Seat in a Yew-tree. https://www.poemhunter.com/poem/lines-left-upon-a-seat-in-a-yew-tree/

Yew foliage is poisonous to people and livestock. The fruit flesh is harmless but the seeds are very toxic.

Yew fruits are eaten and spread by blackbirds, thrushes and badgers.

A yew tree can live for thousands of years. The Fortingall Yew is the oldest tree in Britain - possibly 5000 years old. There are some worries that over-enthusiastic visitors are threatening it. https://matadornetwork.com/read/fortingall-yew-tree-scotland-threatened/#ABTree

Yew seed takes up to 3 years to germinate.

Yew’s branches can take root so it can grow sideways.

Yew wood is dense, resilient, resistant to rot and beautiful.

The Clacton Spear, the oldest human wooden artifact, was made of yew 450,000 years ago.

The ice-man carried a bow and axe handle made of yew wood.

Yew wood was used for longbows, because it is strong and flexible. It gets stronger over time.

Robert the Bruce ordered each man worth a cow to own a bow + 24 arrows.

Yew bows are still carried by the Royal Company of Archers, but the last time the yew longbow was the no.1 weapon was Flodden, 1513.

Yew is used for making bagpipes, chanters and clarsachs. Yew is the best wood for weaving shuttles.

Yew juice was added to arrow tips as poison.

Yew is a source of taxol, which is used for treating cancer.

Yew is excellent for topiary.

Yews have an ancient pre-Christian association with grave yards. Many churches are built on older sacred sites.

Liz Lochhead, Churchyard Song: 'From the rafters of the mourning yews/church rooks broadcast their no-good-news.'

The Yew Tree of Penisal, poem by John Holland.  www.ancient-yew.org/userfiles/file/Penisal.pdf

Druids and John Knox liked to preach under yews.

Yew is a Christian symbol of resurrection - branches are hung in churches at easter and it is burnt for ash on Ash Wednesday.

Yew trees are a symbol of immortality and resilience.

Yew guards the door between this world and the next.

In graveyards yew roots grow down into bodies to release the soul to the air.

Yew was called ‘King’s Wheel’ because it is a symbol of the cycle of life and death.

A sprig of yew in a shroud will protect the soul on its journey through the underworld.

A yew wand will give you the power of immortality.

A birlinn – the clan chief’s boat – always had yew on board for luck.

Yew sticks were cast to divine the future.

Macbeth’s witches use ‘slips of yew sliver’d in the moon’s eclipse.’ (sliver'd = struck by lightning)

Hamlet’s father is poisoned by ‘the double fatal yew’.

Yew unites ill-fated lovers in death. Tristan and Isolde were buried at Tintagel castle & 2 yew trees grew from their bodies and entwined.

Yew rods can cause magical transformations, turning people into dogs, pigs or swans.

It is taboo to use yew wood as fuel, unless for baking sacred cakes.

Hold yew in your left hand to insult someone without them reaslising.

The Treaty of the Union (between Scotland and England) was negotiated under the Auld Yew at Loudoun Castle.

Sylvia Plath gets the last word on yew. The Moon and the Yew Tree: http://www.sylviaplathforum.com/thread.html

The first letter of the Gaelic alphabet is birch.