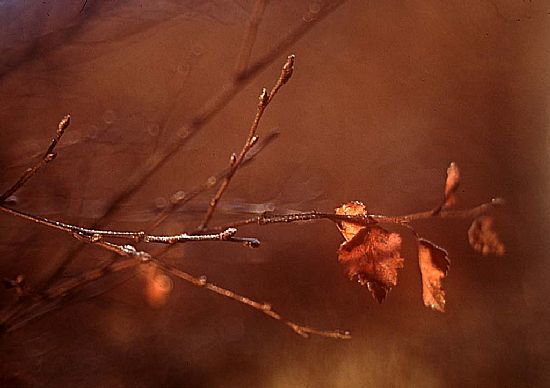 The first letter of the tree alphabet is Birch (Beithe in Gaelic), a tree rich in symbolism, especially of beginnings.

Birch bark is great for lighting fires (much nicer than those smelly, white, petroleum blocks).

Worldwide there are around 60 species of birch. Scotland has 2: downy (betula pubescens) and silver (betula pendula).

Birch is known as a nurse or nursery tree - it nurtures other trees.

Birch is used extensively for crafts.

Make love under a birch tree at Beltane if you want to conceive.

Birch is a pioneer species, and was among the first trees to colonise after the ice-age.

Birch leaves can be used to make soap.

MacBeth is derived from ‘beith’, the Gaelic for birch.

‘Bouleau’ is birch in French.

The most famous (and my favourite) poem about birches is by Robert Frost.

This Seamus Heaney birch poem is a cracker too.

An old Welsh custom is to give a birch garland to the one you love to say ‘begin!’

Birch violence 1: People used birch to beat the marches (parish boundaries) to ward off evil, they beat the old year out with it at Hogmanay.

Birch violence 2: Children used to be thrashed or ‘birched’ at school.

Birch violence 3: People even used to try to beat bad spirits out of mentally ill people with birch.

Discerning witches prefer birch twigs for the brush part of their broomsticks. #ABTree

Birch is the sacred tree of Frigga, Norse goddess of love, sky and clouds, who spins rainbows.

Birch comes from Sanskrit bhurga – for writing on. Earliest records of writing on birch bark from Rome in 700 BC.

Birch is the Lady of the Woods. In spring, oak takes over from holly as Lord of the Woods. So ritual spring fires combine birch and oak. #ABTree

In the Kalevala, a kantele, or harp, was made from a birch, and thus appreciation of beauty was brought into the world.

Birch alcohol 3: Sap is a preservative and used as a source of industrial cleaning alcohol.

Birch alcohol 4: Lightfoot called birch sap wine ‘a generous and agreeable liquor and a happy substitute in the room of the poisonous whisky’.

More beginning magic: put birch leaves in a baby’s cot, or make its cradle from birch, to give it a good start in life.

Dreaming of birch is bad luck, or means that a fairy wants to talk to you!

The scent of birch aids concentration.

Birch is a good fuel wood and excellent for charcoal.

And another fungus: The twiggy birch clusters called Witch’s Brooms are caused by a fungus, genus taphrina.

Final fungus: Birch is a cosmic tree in Celtic shamanism because fly agaric likes it.

Scandinavians and Russians flagellate in saunas with birch twigs.

Finally, three bits of birch folklore. To marry, just jump over a birch broom held across your doorway.

A barren cow herded with a birch twig will become fertile, and a healthy pregnant cow will have good calves.

If the birch leaves are the size of a mouse’s lug at Beltane, it’ll be a prosperous year.

And this poem by Amy Levy is another pure gem about birch.

The next tree in the Gaelic tree alphabet is rowan.