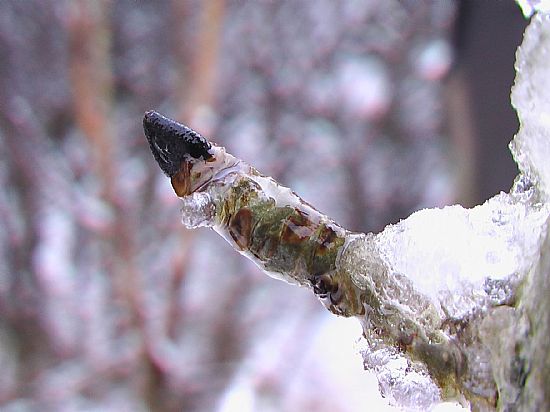 Ash is the fifth letter in the Gaelic tree alphabet (except in some versions, where it is the third). Old Gaelic for ash was nuin, so it represents the letter N, although in modern Gaelic it is uinnseann.

Ash was sacred to the Vikings, especially in the form of Yggdrasil, the World Tree. It is a big, powerful tree which can grow to great size and it has distinctive, black, phallic buds, greeny-grey bark and seeds like bunches of keys. In Scotland it dominates some western woodlands. Its timber has many uses, making it a valuable species.

Ash is the fifth letter of the Gaelic tree alphabet (except in those versions where it’s third). Nuin in old Gaelic. Uinnseann in modern Gaelic.
Ash in latin is Fraxinus excelsior. Fraxinus means firelight. There’s a good reason for that.
All you need to know about firewood, in a poem. Ash logs: ‘worth their weight in gold’. http://mortimerbones.blogspot.com/2006/11/poem-tree-farm-by-john-estabrook.html
The oldest wheel found in Britain was 3000 years old, and made of solid ash.
Ash is or was used to make boats, oars, coracle slats, spears, tool handles, wheels, ploughs, fenceposts and furniture.
In the past, a person cutting ash without permission could be hung.
More on firewood: Burn ashwood green/  ‘tis a fire for a queen/ burn ashwood sear /‘twill make a man swear. (sear=old)
An ash tree will live for 200 years, but if coppiced it will live for 1000. It has deep roots and likes damp.
Ash buds are black, phallic and very distinctive. Sticky in spring.
Ash is a close relative of olive.
Ash bears both male and female flowers on one tree, and some trees are hermaphrodite.
Ash seed are single-winged keys, twisted to spin in wind. The seeds are not fertile until the tree is more than 40 years old.
Pickled ash keys taste of walnuts. They are a laxative and good against flatulence. Farty colleagues anyone?
But watch which colleague you feed ash keys to. According to one old herbal, ash keys ‘make men more spirited with the ladies’.
Dubious ash key medicine 1: Soak ash keys in urine to cure ear ache.
Dubious ash key medicine 2: Cure incontinence by pissing on ash key ash.
Dubious ash key medicine 3: Ash keys can protect from, and treat, snake bites.
Dubious ash medicine 4: Cure whooping cough by tying hair to an ash tree.
An old form of mad-cow disease, ‘the darn’, was treated with ash smoke. Murrain was treated with ash leaves.
Ash leaves and roots give yellow dye.
Ash wood is too heavy to make a harp.
Vikings called themselves ‘Aesling’, which means Men of Ash. They believed the first man came from an ash tree.
Yggdrasil, the sacred Norse World Tree, is an ash – a snake lives in its roots and an eagle lives in its crown.
Yggdrasil held the earth in its roots and the gods’ houses in its upper branches.
Yggdrasil is the axis of the world, around which the universe achieves harmony.
Idun, Norse goddess of life, lived in Yggrdrasil, with the 3 sisters of fate (Past, Present and Future).
Ash was sacred to Poseidon, Greek god of the ocean. Even now, many sailors never go aboard without ash (often a cross) for safety.
Lugh, the sun god, carried an ash spear. Dancing around the maypole (of ash) was a ritual to greet the sun god.
Druids carried ash wands.
You all know this by now: The perfect witch’s broom has an ash handle, with birch twigs bound with willow.
Wearing garters of green ash bark or carrying an ash bud in your pocket protects you from witchcraft.
Midwives held a green ash stick in the fire so sap oozes out, then gave a spoonful to a newborn baby to protect it against evil.
An ash leaf with an even number of leaflets is as lucky as a 4-leaf clover.
Summer weather forecast 1: ‘Ash before oak, we’ll get a soak, oak before ash, only a splash.’
Summer weather forecast 2: ‘Oak before ash, the lady wears a sash, ash before oak, the lady wears a cloak.’
Totally sceptical about ash’s weather forecasting abilities? Me too. And climate change may make them irrelevant. http://www.naturescalendar.org.uk/findings/spring/oakandash.htm
Ash attracts lightning. Old saying: ‘Avoid an ash, for it courts a flash’.
In the olden days, in Ireland, 5 magical trees protected the earth. 3 of them were ash.
St Patrick is supposed to have driven all the snakes out of Ireland with an ash stick.
Gaelic saying: ‘The serpent will go through fire rather than through leaves of ash’.
Ash is traditionally used for the Yule Log. Keep the last bit and use it to light next year’s fire.
A shepherd’s crook made of ash will never hurt livestock.
Sleep with ash leaves under your pillow to have vivid dreams.
Greek goddess Nemesis carried an ash branch to dispense justice.
‘May your footfall be by the root of an ash tree’ is a blessing because ash grows on good ground.
A spell for finding your future husband: ‘An even ash leaf in my hand, the first I meet shall be my man’
Dubious ash medicine 5: A traditional cure for a sick child was to pass it through a split in an ash tree, then bind up the tree.
Modern ash superstition: an ash leaf in a car will keep it safe from accidents.
Poke a seed wing into the trunk of an ash – if the dryad (spirit) who lives inside likes you, it will tell you all the wisdom of the world.
Ash is traditionally used for the Yule Log. Keep the last bit and use it to light next year’s fire.

The next tree in the alphabet is hawthorn.