I have been away in China and New Zealand since November, and am now back home to a rather chillier climate with a new year resolution to share, weekly, some of things I wonder about. 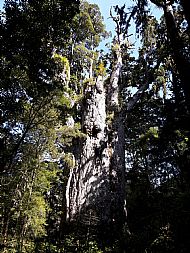 -human) thing about New Zealand was its forests and the most wonderful thing about them was the ferns, although the kauri trees were pretty special too, especially Te Matua Ngahere, at 2000+ years old, the oldest living organism in the southern hemisphere - awesome.

The forests on the west coast of South Island and in the Marlborough Sounds seemed especially rich in ferns and I spent hours poring over my field guide trying to work out what was what. I can’t say I succeeded every time, but I’ve learned to distinguish Blechnums from Aspleniums and revelled in the strange lexicon of stipes, sporangia and pinnae as well as in the marvellous diversity of forms. Perhaps it’s just me, but a fern frond unfurling seems to speak of creativity, of hope, of infinite potential. 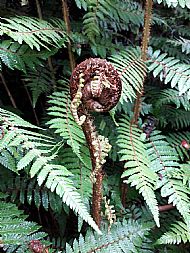 This week two years ago my Mum died, and in New Zealand I often felt as if she was with me, especially when we were walking in the woods, or ‘tramping in the bush’, as the kiwis say. She loved New Zealand, not least because she adored ferns and her favourite plant in the world was the Silver Tree Fern, Cyathea Dealbata, or Ponga, as it is known there.  It gets its name because the undersides of its fronds are silver-white. Maori people used to use them as signs to mark a route through the bush, laying them down underside up they will shine in starlight or moonlight and thus even at night they will mark the way back home.

Each year my Mum would visit the silver tree fern specimen in the Edinburgh Botanics, so I’ve known for years that it’s a special plant and one of my hopes for the trip was that I might set eyes on one in the forest. It was magical to discover that this plant, which I’ve always thought of as a rare treasure, is actually pretty hard to miss!

I wonder if it would grow in Assynt? I might have to try.