No, this is not about quills and oak gall ink (although there may need to be a future blog post about that) but type-on-tree-pulp writing about the Iron Age.  In this post I want to share  and recommend two of my favourite writers about the Iron Age, one non-fiction and one fiction. 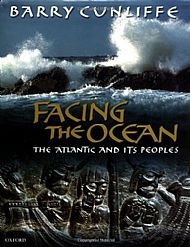 The first is Barry Cunliffe, who I first discovered through his book Facing the Ocean. This book takes a completely fresh view of the Atlantic coast of Europe. Instead of seeing the Celts as people squeezed onto a remote fringe, he looks from the perspective of people travelling and trading over past millennia, and of course, they all moved around by sea. The Atlantic margin was therefore the major highway and the people who lived along it were the best connected on the continent. They were at the centre of the world, not on the edge at all.

Even before I was a sailor, it was riveting to read a historian take this view of the land I live in, up on the northwest coast of Scotland, which is always viewed these days as some remote place just about at the edge of the world. Now, as a mariner, it feels right to look at the world from the ocean, and to consider the sea not as something that separates mainland from islands, but as the thing that connects us. 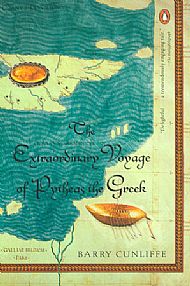 After reading Facing the Ocean, I discovered Barry Cunliffe’s gem of a book about Pytheas: The Extraordinary Voyage of Pytheas the Greek, (http://www.penguinrandomhouse.com/books/286470/the-extraordinary-voyage-of-pytheas-the-greek-by-barry-cunliffe/9780142002544 ) which has been by far the most useful reference for my research for my forthcoming novel trilogy. It is a wonderful book that pulls together everything historians have discovered about the man and sets him in his historical context, with clear and insightful summaries of the relevant archaeological evidence where historical records fade out. I have returned to it again and again and again, always finding something new, something to make me think differently, some little detail that helps me to imagine the world that the traveller from the Mediterranean would have encountered when he travelled this far north. 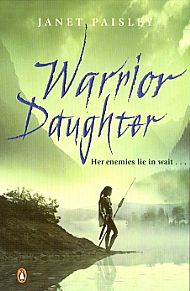 My favourite novel from roughly the period I am writing about is Janet Paisley’s Warrior Daughter http://janetpaisley.com/warrior_daughter. This is a wonderful evocation of a matriarchal society and it draws on some of the stunning archaeological discoveries of the Iron Age in this part of the world, particularly on Skye. It’s a cracking story as well as a vividly imagined version of the past. Highly recommended.

I’m always interested in recommended reading about the Iron Age, whether fictional or factual. What’s your favourite?