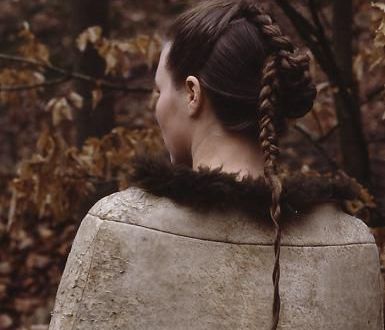 One reason I find novel writing so compelling is because I have to get myself inside people with different world views. All my novels have people from different cultures bumping into each other. The dramatic action is fuelled by the resulting misunderstanding or discord.

In The Last Bear the three main characters were Viking, Scots and Pict. In Bear Witness there were scientists, eco-warriors, politicians and farmers, all with different opinions about bears.

In the historical novel trilogy, awaiting publication, Pytheas arrives from the Greek empire on the western and northern shores of the British Isles, and he brings with him a mindset that is fundamentally different from the Celtic culture he is visiting. A rape plays an important role in the story, and (without spoiling the story) I have had to get my head around what the ancient Greek and ancient Celtic views of rape would have been. It’s hard to know, of course, with any certainty. I have asked numerous historians what they think and it is clear that twentieth-century ideas about rape just don’t map onto the Iron Age.

It seems that in ancient Greek culture, the idea that a woman might need to consent to sex was not an issue. One historian said to me, ‘The only man who would be likely to be worried about the rape of a woman was her father, because by no longer being a virgin she would have lost value.’ It’s hard for me to get my mind around quite such a radical reduction of a woman to a commodity. But I have to conclude that Pytheas, coming from such a patriarchy, would be unlikely to be sympathetic to a woman who had been forced into sex against her will.

Were people’s views any different on the Atlantic fringes? It’s hard to know, but there are signs that the culture was much less patriarchal. The most powerful deities were goddesses, and there were matrilineal forms of inheritance. The chances are that women held relatively high status in society. So perhaps an Iron Age woman in the north might have had a greater expectation of the right to choose who she did and who she didn’t have sex with. I hope so.