On writing about spring 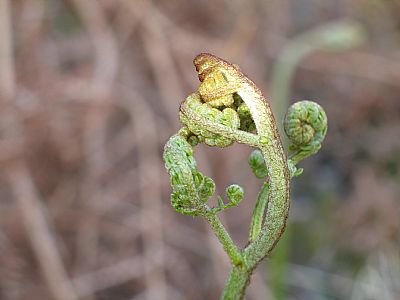 Spring is here again, bringing primroses, geese overhead and all the other delights that come around at this time of year. I’ve just done a podcast of spring poems (here), and realise that I have sinned. Or have I?

Reading an anthology of new poetry recently, I was struck by the editorial introduction, which reported on a prominent literary critic, Alan Taylor, complaining about poetry that writes about clouds and birds and other similar content that shows no sign of being written in the twenty first century. The editor proudly reassured the readers that plenty of the poems in his collection were about the internet or current political affairs, and clearly poems about the features of nature outside of the human sphere were eschewed.

I have to admit to feeling chastised. Many of my poems are either about the distant (geological or historical) past or about birds, trees, bears, the sea and yes, even clouds. There is nothing in their content that might reveal to a time-travelling reader that I live in the 21st century (except, presumably their linguistic style). Does this matter?

I lay on a mossy bank in the woods this morning, basking in a brief burst of sunshine, sheltered from the too-strong-to-sail north-westerly wind and thought about this.  I got angry about that editor, and the assumption that poetry shouldn’t concern itself solely with non-human nature. In fact I need poetry to do exactly that.

My day job involves having my nose up against the ecological destruction and human rights abuses of multinational corporations and governments in the 21st century, and it’s not pretty. The small band of eco-warriors I work with are too few and too poor to win the war against global corporate greed for resources and global consumer society’s indifference to their impacts, yet we fight on, battle after battle. Sometimes we win small victories. Often we don’t even manage that. Yet we fight on again. We have to. If we don’t we can’t sleep at night.  But it’s hard work. It’s an emotionally draining, dispiriting career.

So to recover, I recreate by immersing myself in the natural world. I am lucky enough to live in beautiful semi-natural ancient woodland beside the sea, and to own a little boat that I can sail off in onto the timeless ocean. The North Minch does not know that it is the 21st century, and nor do the birch trees, mosses and herons. The geese fly over in total oblivion of the fact that the computer I am using to type this says it’s 2017. The badger that has been rootling among the primroses under the old holly tree cares only that it is spring, not that is April. None of them are aware of May or Brexit or the man-whose-name-I-will-not-use-beginning-with-T or Mosel or rape clauses or pensions or internet trolls.

Thank goodness. That’s why I go to the woods and out to sea and that’s where I find most of my poems.  So they mostly don’t reflect the social world of the twenty first century. And that’s OK. They’re in good company. The poems I love most are like that – like the long, rambling poems by AR Ammons or so many of the nature poems by Scottish poets like John Burnside, Kathleen Jamie, Jen Hadfield, Robin Robertson, Elizabeth Rimmer, Alan Spence.  I could go on.

An anthology I really rate, The Thunder Mutters, edited by Alice Oswald, is full of poems that are truly timeless, their style influenced by their century of writing, but their content the natural world that pulses on, year by year, oblivious to our numbered centuries. And I think that kind of poetry really, really matters.