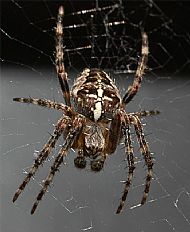 After a two year period of focusing almost exclusively on my next novel, I’m back to writing shorter stuff, and in particular taking regular days to pay attention to poetry. During August I looked at all the poems I have finished but have never been published. I chucked all the dead, withered ones on the metaphorical compost heap, put the ones that are alive but need a bit of nurture into a folder called ‘nursery’ and sent the remaining 40 or so away to magazines and poetry competitions. So far 12 of them have been accepted, and one has been commended in a competition.

It’s the competition listing that prompts me to write this blog, but one of the other publications nearly did. Both poems have been rejected loads of times and finally they have found a home, much to my delight. I use a spreadsheet to keep track of my poems, so I know each poem’s history precisely.

The poem that has just won me £50 in a competition first arrived on the page in 2005.  I wrote it in my notebook one morning, sitting in the passenger seat in the car on the way to Inverness. It wasn’t the result of an exercise or a ‘must write a poem about that’ feeling. It just came down the pen, in almost exactly the form it is now. It took me a little while to realise it worked, then I showed it to a few people, who liked it.

I obviously thought at the time it was one of my better poems as I entered it into a competition, where it sank without trace. I sent it to Poetry Scotland, with some other poems, and it was one of the ones rejected. A couple of years went by, and then in 2009 I sent it to another competition, the McLennan. No luck. I sent it to Smiths Knoll, which always used to respond quickly, so the rejection from them was swift. It then spent a long time being considered and eventually turned down by Chapman.

Five rejections inevitably sets me thinking there’s something wrong with a poem! Hard scrutiny after a long-awaited ‘no’ often results in a poem finding itself on the compost heap or back in the nursery. But the poem in question didn’t even get a rewrite. I believed in it, I don’t really know why. I just like it. It says exactly what I want it to say in the way I want to say it. It uses phrases actually used by the man I love. It has no punctuation except for a single long dash that gestures to the right, ‘look at that – ‘ (when I read it out I fling my arm out in a gesture that the dash imitates on the page) and it has a black-throated diver call in it, which I spell ‘rak rak rak rak rak rak rak’.

My belief in the poem was strengthened when I sent it, along with a few others, to a big poetry publisher in the hope of them publishing a collection of my poems, and I got a very nice rejection letter that picked this poem out as one of the best. So I kept sending it out. Between 2011 and 2014 it went out five more times.

It was kicked back by Michael Schmidt at PN Review. It was bounced by Michael Mackmin at the Rialto. Carol Baldock at Orbis often likes my work, but it wasn’t for her. Even the nice Gutter editors didn’t want it. Its final attempt was the James Kirkup prize run by Red Squirrel Press, who I was hoping to interest in my poems, and it failed there too.

it has been lying dormant for the past two years, until I sent it off to a competition in early August this year (2016), and the judge picked it as one of 5 commended poems out of a field of 600 or so. So it wasn’t just me, after all!

This poem doesn’t set a record. The one I mentioned earlier, which will be published in a magazine in October, had been knocked back 12 times. But I finally found someone who wanted it.

The lesson of course, is to try, try and try again. Then again, and again, and again. Just because a poetry editor won’t take a poem doesn’t mean it’s no good. I’ve learned when they say my poems don’t fit, that they probably mean their magazine is full, and they literally don’t have space. Competition judges may not know how a black-throated diver sounds, or don’t like my spelling of its call, or they had a hangover when they read my poem, or they simply preferred other ones in the pile.

It can be difficult sometimes to keep faith, but poems, I have discovered, are resilient little things. if they really work, they survive being rejected. They bounce back and demand to go back out into the world.

I hope this inspires some of you with poems lurking in a drawer to get them out, dust them down and send them off. Someone out there will like them enough to publish them. They may even send you a cheque in exchange for your carefully woven words!