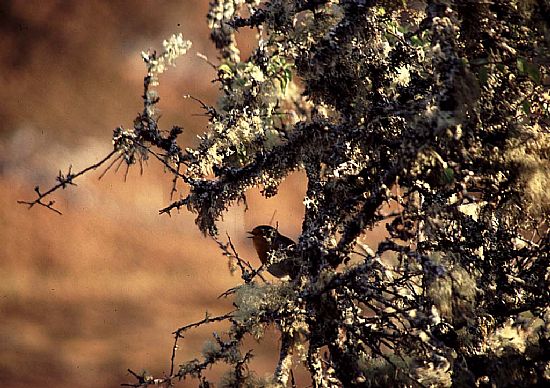 Blackthorn is the 12th letter of the Gaelic tree alphabet, representing P, another controversial letter. There was no P in the Gaelic alphabet until recently, so some tree has had to stand in. Blackthorn was in the original alphabet (for St, as its old Gaelic name is Straiph, but St is no longer considered a letter in its own right). As Blackthorn's latin name is Prunus spinosa, it fits the bill. Its modern Gaelic name is Draighneag or Airne (sloe) or Sgitheach dubh (black hawthorn).

Blackthorn is the 12th letter of the Gaelic tree alphabet representing P, controversially, as there was no P in the alphabet until recently

Blackthorn's fruit is called sloe. They are very high in Vitamin C.

To get a taste of the bitterness of sloes, nowhere better to start than Vicki Feaver. https://www.scottishpoetrylibrary.org.uk/poem/sloes/

Too much sloe gin may be too much of a good thing.

Sloe gin infused with pennyroyal and valerian was the original ‘Mother’s Ruin’.

Blackthorn is the ancestor of all plum trees.

Sloe stones have been found in Neolithic cairns and crannogs.

The Ice Man was carrying a sloe, presumably to eat.

Sloes are better flavoured if frosted, or dried then rehydrated.

Sloe jelly is best made with apples.

Sloes are good for the bladder, kidneys, stomach and lung complaints.

Blackthorn bark can be used to reduce fever.

Use blackthorn leaves for tea. It's good for tonsils and larynx.

Have another sloe gin (by Seamus Heaney) http://www.ashokkarra.com/2013/08/seamus-heaney-sloe-gin/

And another moody blackthorn poem, this one by Louis McKee, coming into blossom. http://www.poemhunter.com/poem/the-blackthorn/

Blackthorn’s leafless stems, in flower, evoke a place between death and life.

Blackthorn blossom is unlucky indoors (maybe for the same reason as hawthorn?)

A tisane of blackthorn blossom ‘purges to the depths’.

Rough weather in March is called a Blackthorn Winter.

Irish sheleilaigh sticks are made with blackthorn wood.

Blackthorn trees give good shelter for birds to nest in. It makes excellent hedges.

Blackthorn helps you see beyond negatives to opportunity.

A hero fleeing from giants needs a magical blackthorn twig which will sprout into a thicket!

Blackthorns were believed to spring from the blood of Norse invaders.

A blackthorn thorn tipped with poison is a subtle weapon known as ‘a pin of slumber’.

Blackthorn is associated with Sleeping Beauty – after pricking her finger, the castle was thorn-bound until love came.

Witches stick blackthorns into wax effigies of their enemies.

Blackthorn was used for pyres when burning witches.

Blackthorn was believed to have been used for Christ’s Crown of Thorns, hence unlucky.

For fertile fields, make, wear, then burn a blackthorn crown and spread its ash.

Blackthorn represents the inevitability of death, and of dark secrets.

Evil fairy-folk stole babies – and hid them in blackthorn bushes.

‘Many sloes, many cold toes’ – presage of bad winter ahead.

And finally, a sparkling poem by Lynne Wycherley. http://poetrymagazines.org.uk/magazine/record.asp?id=7130

The next tree in the alphabet is elder.